Over the past hundred years, about 8 million people have died on Mount Cerro Rico in Bolivia. Currently, this is still one of the mysterious destinations that attract the most tourists in the South American country.

Cerro Rico, also known as the Rich Mountain in Spanish, or Cerro Potosí, is located in the heart of one of the world’s tallest cities in Bolivia’s Potosí. The Spaniards once gave this name to Cerro Rico, referring to the enormous amount of 56 thousand tons of silver ore below the mountain. Even, though they thought the mountain was made entirely of silver.

A small mining town was established at the foot of Mount Cerro Potosí in 1545, and approximately 3 million natives were forced to work there. Hundreds of thousands of people died as a result of accidents, overwork, hunger, and disease, according to records. The working conditions of workers deep in the mountains did not appear to have changed much nearly five centuries later.

After hundreds of years of mining, the mountain had thousands of holes. It was unstable and could collapse at any time. Since the 16th century, an estimated 8 million men have died in Cerro Rico, according to historian Eduardo Galeano.

Many people are of the opinion that this figure was exaggerated. The citing not only included the casualty statistics but also residents who have moved away from the area surrounding the mine. It was difficult to give exact figures on how many people died beneath the mountain. Yet, it was a large number, so large that Cerro Rico has earned the moniker “The Mountain That Eats Men”.

Many people died in accidents. However, the leading cause of death was pneumoconiosis, which was caused by inhaling too much mine dust. Typically, ore mines have a water system that flushes directly into the drill bits to prevent dust, but the mines at Cerro Rico did not. Only a few men in the area lived to be 40 years old. Every month, 14 women lost their husbands on average, according to the local widows association.

Bolivia’s ore mining industry had completely stalled by the turn of the century. Cerro Rico has a legendary history, making it the most important monument in this South American country.

Cerro Rico was designated a UNESCO World Heritage Site in 1987. The historical value of the mountain opens a new door for Potosí city – tourism, which the Guardian likened to a lifeline for the city’s economy. However, Marco Antonio Pumari, Vice President of the Potosí Citizens Committee, stated that the Bolivian government must take steps to preserve this heritage.

The Bolivian government is rushing to put in a $2.4 million plan to geologically stabilize Cerro Rico. They will fill the 700-square-meter-wide sinkhole that has appeared here since 2011.

Some people believe that this is only a temporary solution and have petitioned the government to prohibit ore mining near the mountain.

Wilber Garnica, a tour operator in Potosí, stated: “For some, the mountain is the Eiffel Tower, while for others, it is a source of income for the entire family. There are people who rely on the environment. When prices rise and life becomes too difficult, they have no choice but to rush into the mines and work.” 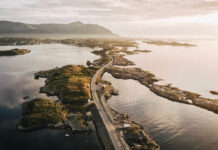 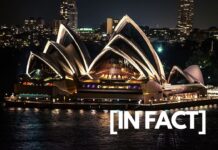 33 Sacred Vietnam Temples and Pagodas You Should Visit

7 Common Packing Mistakes to Avoid for a Holiday Trip