Travel Blog – Blog About Traveling | The Broad Life
Home Destinations Africa All You Need to Know to Conquer Kilimanjaro – The Highest Mountain... 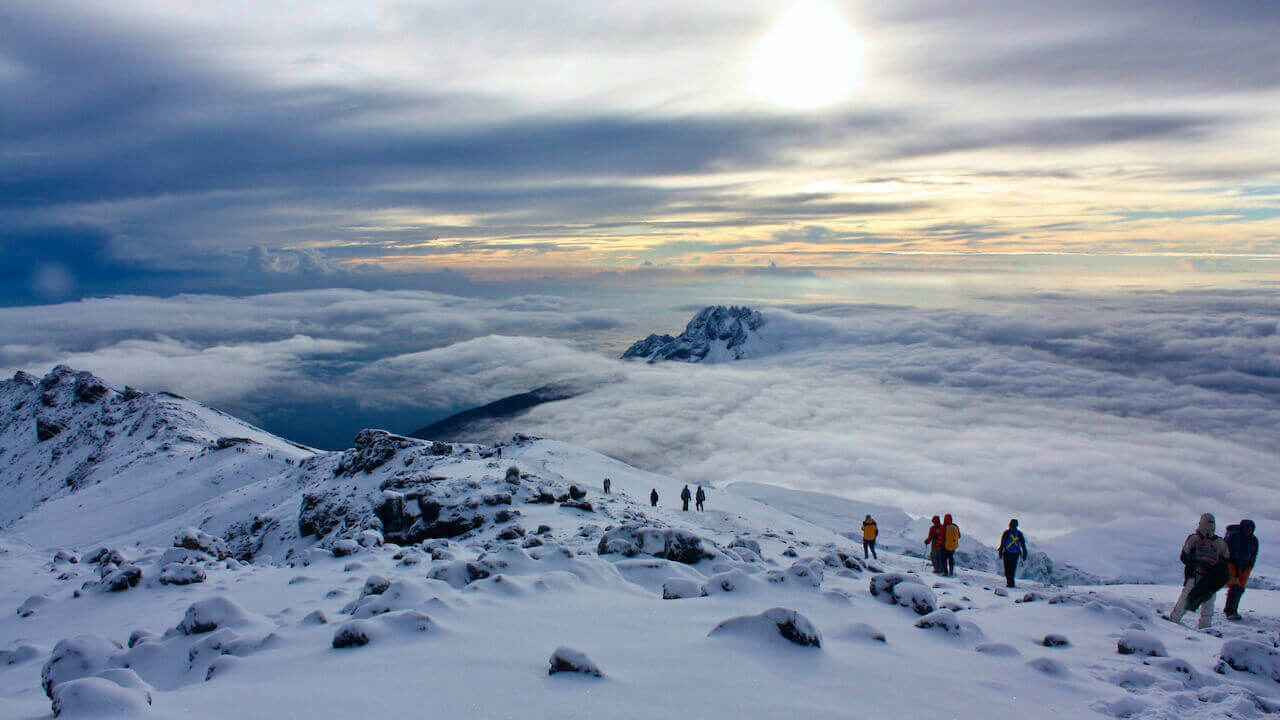 Africa has always been a prominent tourist destination attracting many young people visit. On top of that, it is impossible not to mention the highest mountain in Africa, Kilimanjaro. For those who love climbing, Kilimanjaro will be the safest and most enjoyable choice. But for those who have never set foot or heard of it, let’s learn about this mountain together with the explanation.

Mount Kilimanjaro is located in northeastern Tanzania, near the border between Tanzania and Kenya. Specifically, it’s in the south of the equator. The highest mountain in Africa has its coordinates 3.0674°S 37.3556°E.

Kilimanjaro is a stratovolcano but is currently inactive. Kilimanjaro is considered one of the seven highest mountains in Africa. Indeed, it’s the highest one with the Uhuru Peak at an elevation of 5,895m (19,341 feet) above sea level. Besides, this mountain is known as the largest free-standing mountain in the world with an altitude of 4,900m (16,100 feet) from the foot of the mountain.

Plants at the African Highest Mountain

Plants on Mount Kilimanjaro are extremely unique and diverse. It is like an island in the Afromontane sky. Kilimanjaro is biologically diverse and has few endemic species. Dendrosenecio in the bunchgrass, and tussock bush grasslands are prominent endemic species. Also, there is another flora that is adapted to the alpine environment.

At an altitude of 7-10m at the foot of the volcano, the flora is a vast field of bananas and coffee. At an altitude of 3,000 m (9,843 ft), Kilimanjaro is diverse with suitable forest types and over 1,200 vascular plants. The southern wet slopes are alpine Ocotea forests. The northern dry slopes are heavily developed Cassipourea and Juniper forests. Up to an altitude of 4,100m (13,451 feet) is the Erica Subalpine forest represents the highest altitude cloud forest in Africa. The climate here is harsh, so the plants are mainly mosses and ferns.

Glacier on the Tallest Mountain in Africa

The higher the altitude, the colder the temperature. Especially, on the western and southern slopes, the glaciers flow down, making the top of Kibo completely covered with ice. Except for the inner cone, the entire crater depression is covered with ice. Thus, the Kilimanjaro glacier is 11,700 years old. For about 3 centuries from 2200 BC, glaciation existed and was covered by a long drought environment.

However, now more than 80% of the ice cover on Kilimanjaro is gradually disappearing. The number gradually increased to 26% in 2007, causing the area of ​​ice to shrink and thin. The risk that Kilimanjaro will no longer be ice is very high, predicted to end in 2022 – 2033.

Interesting Kilimanjaro Facts You Will Want to Know

In fact, the Kilimanjaro Mountain range is created by 3 separated volcanoes: Shira, Kibo, and Mawenzi. In detail, the lowest one is the 3,962m high Shira. Next is the 5,149m high Mawenzi mountain. Finally, in the middle is Kibo at 5,895m above sea level. Furthermore, the Uhuru peak in Kibo is the highest peak that every adventurer wants to conquer when coming to Kilimanjaro.

Alongside the beautiful mountains in Africa with the top trekking routes, Kilimanjaro also has wonderful climbing routes that bring the best experience and moments to adventurers:

– Marangu Route: a popular and short route in just 6 days. Also, the cheapest and the most crowded one because it’s short and stays in the camp, which is warmer and has electricity instead of going to the tent style and having to have an extra tent for the porter. By the way, it’s also known as the “Coca-cola” route.

– Machame Route: also known as the “Whiskey” route, the second most popular route after Marangu one. It’s relatively easy due to camping high and sleeping low. It can be finished in 7-8 days.

– Lemosho Route: this route has quite a few people go. The road through the forest is quite beautiful. On the fifth day, you will join the road to Machame. Some people choose this one as it is not too crowded and you will have a more different experience than others.

– Shira Route: your trek will start at a height of over 3,500m. This route requires a good climbing ability to finish. It’s less crowded than the Machame route, but it’s more expansive.

– Rongai Route: very few people go because it starts in the North, where the start point is far from the city and the scenery is not very good.

– Umbwe Route: the shortest bow but requires technique because climbing and clinging to rocks quite a lot. Alongside, it is the most beautiful route.

– Northern Circuit: the longest route that takes you about 8-9 days to finish. Yet, you have more experience with nature and are great for acclimatization. As a result, this is one of the routes with the highest success rate.

An Example of the Machame Route Itinerary

Depending on the health conditions, budgets, etc., adventurers have different choices of routes to reach Kilimanjaro peak. Anyway, it’s all about your experience when trekking and the joy after conquering the highest mountain in Africa. Therefore, choose wisely and carefully, and here is the example of the Machame route, the most popular one, for you to plan your trip:

Kilimanjaro Weather and the Best Time to Climb

From December to mid-March, and from mid-June to October is said to be the best time for Kilimanjaro ascent. In specific, you should consider going on Jan, Feb, Jul, Aug, and Sep. It’s when the weather on the mountain is dry with fewer clouds that you can see nature. Also, the atmosphere is comfortable during the day and cold at the night. In contrast, it’s the busiest period when the destination has a lot of adventurers come to conquer the highest mountain in Africa. Therefore, you should carefully prepare your trip to make sure you enjoy and experience the most.

Tips for Your Trip to Kilimanjaro Summit

What to Prepare to Climb Mount Kilimanjaro?

‘PIN IT’ NOW TO SAVE YOUR NECESSARY INFO TO CONQUER KILIMANJARO 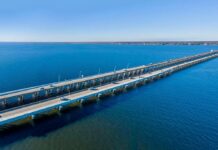 My Travel Destination In 2018 – A Year Lookback

Top Five Hotels in Greek Islands that You Must Stay!

Tokyo Disneyland – ‘A Ticket to Your Childhood’