Have you ever been to a castle? Are you interested in visiting one? There is one built just in one night, one became the inspiration for Disney, or one said to be the home of Dracula, etc. Whether the myth is real or not, these castles attract a lot of visitors yearly for their history and outlandish features. If you are curious about them now, let’s follow me to explore the special castles around the world!

Aït Benhaddou, or Ait-Ben-Haddou, is a giant clay castle on the edge of the Sahara desert. Actually, it’s a castle-like fortification with a collective of dwellings. Inside, the fortification is consolidated by the towers at corners. This style of castle is the typical architecture of southern Morocco. Surprisingly, it’s the location of many popular movies and TV shows including “Game of Thrones,” “Gladiator”, and “The Man Who Would Be King”.

Are you a fan of watching movies? If so, I’m sure you will love visiting this castle so much. In fact, Alnwick Castle is more famous as the setting for Hogwarts Castle in the Harry Potter movies. Furthermore, this ancient and massive castle has also appeared in many other hit movies, from Elizabeth to Robin Hood: Prince of Thieves.

Bran Castle, built-in 1212, is located near Brasov, Romania, and is one of Romania’s most famous structures. This castle is often associated with the stories of Dracula. Yes, Vlad III, Prince of Wallachia – aka Vlad III Dracula – is considered the prototype for the character of the vampire count in Bram Stoker’s classic novel. According to legend, the real Vlad the Third was briefly imprisoned in Bran Castle in 1462. Fans of the character can flock here to tour the legendary castle.

Located in the middle of Man Sagar Lake, Jal Mahal is like a true fairy tale. In the evening or moonlit nights, the splendid white castle reflects on the water, creating a surreal scene for the guests staying here. Interestingly, below this palace, there are also 4 secret floors, equally beautiful as the architectural wonder above.

Mont Saint Michel castle is located on a small tidal island off the coast of Normandy, northwest of France. To reach the castle, visitors have to go through a dirt road. This is one of the most popular tourist attractions only behind the Eiffel Tower and the Palace of Versailles in France. It has about 3 million visitors yearly.

At the foot of Mont Saint Michel castle are small houses built close to each other. Above the houses are ancient monastery buildings with bold Gothic architecture built 73m solidly above sea level. At high tide, the entire surrounding area is flooded, creating a magical and unique scene.

In 1979, UNESCO recognized Mont Saint Michel as a world heritage site because of its beautiful culture, history, and Gothic architecture. You know, this is one of the ‘hottest’ castles on social media since a lot of people uploading taken photos and recorded videos of Mont Saint Michel on their pages.

This place was built in 1869 by Ludwig II, king of Bavaria, as a private retreat. Despite having no real power, Ludwig II maintained a romantic perspective of a king. He dreamed of living in seclusion in a large castle on top of a mountain, surrounded by art and architecture. That’s why Neuschwanstein was built.

Unfortunately, the king mysteriously drowned in 1886, before the castle was completed. Surrounded by countless green trees, the leaves turning yellow-orange in autumn, or sparkling snowflakes in winter making Neuschwanstein more romantic than ever. The castle is admired by millions of people, including Walt Disney. People believe that he created the castle in “Sleeping Beauty” at Disneyland according to its architecture.

The castle is a complex of buildings, watchtowers, cathedrals, and palaces. Prague Castle was a symbol of power for the kings of Bohemia, the former Roman emperor, and now the President of the Czech Republic. The Bohemian crown and scepter are still kept in a secret room at this castle.

Also known as Ichiya, meaning “castle built in one night”, Sunomata was built in the mid-16th century by General Toyotomi Hideyoshi in the city of Ogaki. Legend has it that this is a stronghold that was silently built in the heart of the opponent, by pre-hewing columns and pre-built walls, then moved to assemble in the night. The current castle was reconstructed in 1991, modeled after the nearby Ogaki Castle.

The Citadel of Aleppo – Aleppo, Syria

The Aleppo Citadel is one of the oldest and largest castles in the world. Additionally, it was designated a UNESCO World Heritage Site in 1986. The castle perches atop a hill in the old city of Aleppo. The use of the citadel dates back to 3000 BC. Nevertheless, much of the present structure is probably was built during the Ayuubid dynasty around the 12th century. In recent years, the citadel has been severely damaged during the ongoing Syrian civil war.

One of the most famous castles in England, the Tower of London – with the White Tower at its center – has a dark history, revolving around prison, torture, and death. Convicted people are locked up here and subject to terrible punishment. The shady beheadings and murders taking place here make the castle become an obsession. By the 19th century, this place ended its role and opened to visitors.

IF YOU ARE INTERESTING IN THESE SPECIAL CASTLES, PIN THIS POST NOW! 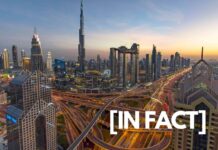 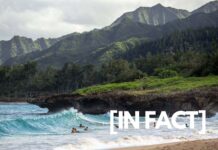 IN FACT, Top 10 Most Remote Destinations in the World 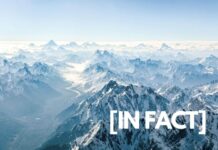 7 Adventurous Places To Travel On The Earth