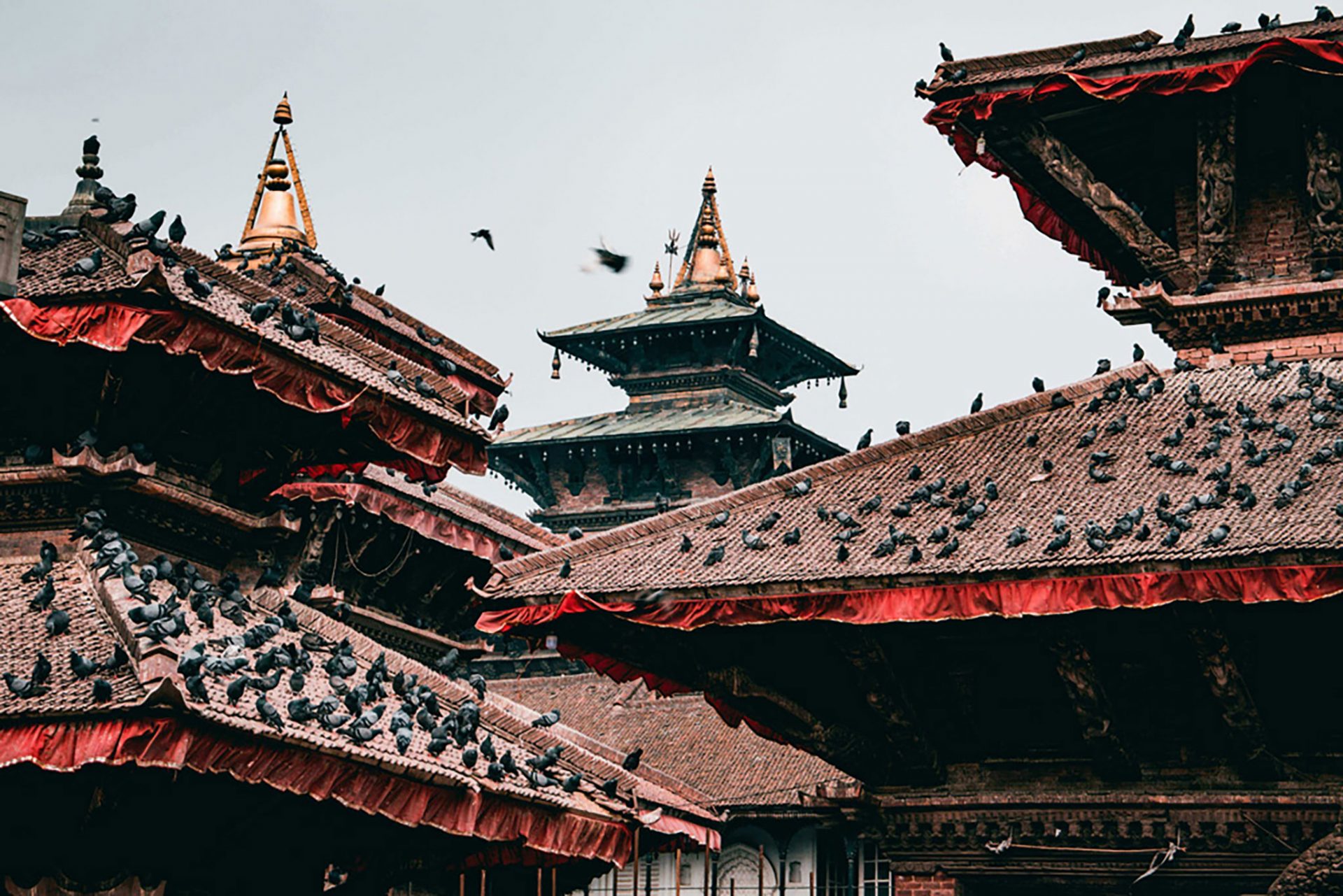 When is the best time to visit Nepal? The answer to this question can be discovered with the help of another simple question – What is it about Nepal that interests you?

Some praise Nepal for its natural beauty, whereas some others praise the country for its unique culture and a long list of festivals that do not spare a single day of the year. Meanwhile, some praise it for the adventure it offers.

So, when you should visit Nepal depends on what you want to do once you are here. Nepal offers such a diversity of activities fitting different seasons that there is not a single day in a year when Nepal is not fit to visit. From expeditions in Autumn and Spring to festivals throughout the year, Nepal has a lot to offer.

There is a myth that the Monsoon (July-August) is the most unfavorable time to visit Nepal because of incessant rainfall. Yet, it is not true since Monsoon does not mean rain all the time. The truth is, you can visit Nepal any time of the year depending on your interests.

You may also have other preferences like the visibility of the sky which affects flight safety and temperature especially if you are doing the Everest helicopter Tour.

Some seasons may favor your preferences whereas some others may not. Therefore, first and foremost, let’s learn about the different seasons in Nepal.

How many seasons are there? Four. That would be your answer if you are a westerner. If you are from a place where there are not just four seasons, you will not be surprised that there are broadly five seasons in Nepal. They are spring, summer, monsoon, autumn, and winter. You need to know what these seasons mean for you in Nepal before you decide which season is favorable for you. So for your best time to visit Nepal? Here we go:

This season runs from early May to late May. The end of cold winter marks the beginning of this season whereas the season ends paving way for hot summer. The season is the time of vegetation. Blooming flowers, shining green trees, and thick bushes are the attractions of this season. You can expect a mild climate during this season. The sky is clear with visibility favorable for flights. The season, being a transition from cold to hot is pleasant and fit for tourists since most of the activities expected by tourists are viable during this season. The season is popular for the expedition on Mount Everest and other mountains of the Himalayas. Not just expedition, but also trekking, sightseeing, observing culture and festivals along with adventure activities like paragliding, bungee jumping, rafting, canyoning, among others, are feasible during this time of year.

Monsoon is a unique season on the list. It runs from July to August. Actually, summer and Monsoon are so blended with each other that a person cannot distinguish one from the other. Rainfall caused by the clouds from the Bay of Bengal is the characteristic feature of this season. Flooding and landslides are possible hazards during this season. Visibility is poor during this time period of the year. However, it does not rain all the time during Summer as well as Monsoon, contrary to the common belief that these seasons are unfit because of the rain. Treks in the rainshadow region, the short treks, and short hikes which are possible in Summer are also possible in Monsoon.

Autumn is the season that follows the monsoon. It starts in early September and ends in late November. The air is dry during this season. So the visibility is strong. Especially, it is the season of festivals. Three major Nepali festivals, Dashain, Tihar, and Chhath, are celebrated in this season. Most of the tourist activities are viable during this season, including expedition, trekking, hiking, sightseeing, observing festivals, and adventure activities. Autumn is as favorable as Spring for a diverse set of tourist activities. If you are a tourist with multiple interests, these seasons are for you.

Early December brings winter to Nepal which continues until late April. Snowfall is common in the Himalayans and mountains reason of this season. Visibility may not be always clear because of dense fog in various places of the country. However, fog is not a problem in many places like Kathmandu since the days are sunny and visibility is strong most of the time. Hence, short treks are possible during this season. Such short treks include the Langtang trek and the Poon Hill trek.

Activities and Seasons Favoring Them

After explaining the seasons in Nepal, now I will familiarize you with the kinds of activities that you can pursue during different seasons. Please note that not all activities are fit for all seasons. So, it is ultimately your interest that decides your time on the trip to Nepal.

The expedition is possibly the most popular tourism product of Nepal (but not the only one). 8,848 meters tall Mount Everest, the tallest peak in the world, has long been associated with the identity of the country. Additionally, Nepal has 8 out of 14 peaks in the world that range above 8,000 meters. They are Mt Everest, Kanchenjunga, Lhotse, Makalu, Dhaulagiri, Manaslu, Cho Oyu, and Annapurna respectively from the tallest to shortest.

Spring is the most favorable season for an expedition in Nepal. Favorable weather conditions due to lack of snowfall and lower temperatures attribute to the safety of expeditions in these seasons. Strong visibility during these seasons also favors the climbers in getting views of the mountains to make their expedition worthwhile.

Summer and Monsoon affect visibility whereas winter is the time for snowfall which can pose threats to the mountaineer. However, the month of May which falls in the category of the Summer season is also ideal for the expedition. Summer is just arriving at that time.

Trekking is for people who are passionate about enjoying nature with a detailed acquaintance. The beautiful vegetation, peaks, lakes, springs, and landscapes of Nepal are sure to be the recipe for enjoyment for a trekker in Nepal.

Spring and Autumn are the best time to visit Nepal for trekking. With the departure of the monsoon, visibility is strong and through the clear space, you can enjoy the beauty of Nepal throughout their trek. Moreover, the moderate temperatures of Autumn are bound to provide a relaxing experience if you choose to trek in Autumn. Some famous treks are the Great Himalayan Trail and Treks in Everest Region, Annapurna Region, Langtang Region, and Kanchenjunga Region, among others. Short treks are like the Poon Hill Trek and treks around Kathmandu valley can also be of your choice.

Time for sightseeing is not much different from the time for trekking. Monsoon and Summer are two seasons that a sightseer should try to avoid since the visibility is poor and rainfall is frequent. However, it is not true that sightseeing is impossible in these two seasons. It is just that the other seasons are better. Indeed, Autumn and Spring are the best for sightseeing since the air is clean, and the views are clear in these seasons in comparison to others. Winter too is not a bad time, but in places, fog can disturb sightseeing during this season. Whether it is Jungle Safari in Chitwan National Park or just a casual visit to any place, you need to be conscious of daily weather before you set out for sightseeing. Any day can be a bad day.

Nepali culture is the evergreen identity of the Nepali people. People from 125 castes who live in Nepal speak over 123 languages live in Nepal, according to the 2011 census conducted by the Nepal Bureau of Statistics. People with varying lifestyles can be found in Nepal due to the diversity in culture even within a small area. Nepali art and architecture have remained the keepsake of Nepali culture for hundreds of years.

Pagoda-style temples, which are characterized by multiple layers of roofs, are commonplaces in Nepal and can be visited at any time of the year. Also, Buddhist shrines like Swayambhunath and Boudhanath of Kathmandu Valley – which have also been listed on the World Heritage List by UNESCO – can also be visited in any season. Durbar Squares (Palace Squares) of Kathmandu, Bhaktapur, and Patan are also always open for a visit. These squares were harmed by the earthquake of 2015 in Nepal and are in the process of reconstruction. Nevertheless, they are open to visitors. So, no need to worry!

It might sound crazy, but it is true that we have festivals all over the year. Hinduism, the major religion in the country, is diverse with people following different gods and deities. Thus, the festivals, which are generally the worship of such deities, vary to a great extent throughout the country. Below are a few major festivals you can observe in Nepal along with their time of celebration and significance:

There are numerous other festivals that you can observe in Nepal in order to get a real-time experience of the Nepali way of life. Anyway, you will observe one festival or another whenever you come to Nepal.

Rafting is not safe in Winter as well since water levels can be way too shallow. The beginning of Spring is the fittest for rafting since it begins with light rainfall increasing the water level in rivers.

So, when is the best time to visit Nepal? You might have figured out your answer.

HAVE YOU FOUND YOUR BEST TIME TO VISIT NEPAL?, PIN THIS POST NOW TO SAVE THE INFO!

I hope this post gives you enough info to plan your best trip to Nepal. If you love the land of Asia, here are some interesting posts about other Asian countries that I believe you would love reading and learning too: 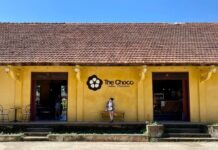 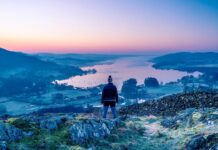 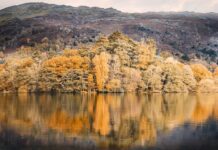 Avengers: Endgame and Hanoi Food Tour in One Day