There are many beautiful islands once inhabited by a large number of people. However, people don’t come to those islands anymore because of different reasons. The cause may be dangerous creatures, natural disasters, wars, epidemics, etc. For any reason, they are now the scary abandoned islands in the world that people rarely visit.

There were inhabitants on the island before. Indeed, the settlers had made efforts to create a banana plantation but failed. Later, Brazilian authorities banned people from visiting the island because of the appearance of too many extremely poisonous Golden Lancehead Viper. As a result, it has become a famous abandoned place since 1920. Now people know about this place as Snake Island in Brazil.

Houtouwan on Gouqi Island used to have more than 2,000 people living, mainly the fisherman. In the early 1990s, the remote village had many problems related to the development of industries such as light industry, shipbuilding, and tourism. As a result, locals leave the island and migrate to other places. A while later, mother nature swallowed up the whole island, making it one of the creepiest abandoned places in the world.

Like a fingerprint from the air, the island of Baljenac has 23 km of dry stone walls known as “Suhozid“. Actually, for hundreds of years, the inhabitants of the nearby island of Kaprije have used Baljenac for agriculture. They built walls to divide crops and protect them from the wind. From the aerial view, Baljenac is truly among the scary abandoned islands in the world.

The Venetians built fortifications on Spinalonga island in the late 16th century to protect trade routes from pirates and the Ottoman Empire. From 1903-1957, the island was the place of exile of the leper. Then, it has been abandoned to this day.

The island was inhabited until 1930. In the past, the small community on Ellidaey Island lived by fishing and raising cattle. As life gets harder and harder than on land, they decide to leave. The large white building in the pic was built in 1953 as a resting place for hunters.

This island is located near the port of Mumbai. It was built by the British East India Company in 1682 to fight pirates. During World War 2, the island was also supplemented with many anti-aircraft artillery and combat weapons. Today, the island is controlled by the Indian Navy.

Gaiola’s location is only a few meters from the city’s shores. According to the inhabitants of Naples, the island of Gaiola has been cursed. Indeed, this rumor was obtained after the tragedy of the island owner’s family, causing many family members to lose their lives.

8. La Isla De Las Munecas or the “Island of the Dead Dolls” – Mexico

As one of the extremely scary abandoned islands, it is also known as the “Island of the Dead Dolls“. In fact, this is an artificial island built near Laguna de Teshuilo, Mexico. Starting in 1950, thousands of dolls were hung on the tree by the owner of the island, Julian Santana Barrera, to ward off the spirit of a young girl who died nearby.

On the island of Mamula, there is an abandoned fortress built in 1853 by the Austro-Hungarian general, Lazarus von Mamula, for the purpose of protecting the Bay of Kotor (Southeastern Montenegro). During World War II, the fort was used as a place to hold prisoners of war by Benito Mussolini.

Built-in 1838-1845 on an artificial island in the Gulf of Finland, this fortress was tasked with protecting St Petersburg and the port of Kronstadt. In 1899, it became a laboratory for the study of plaque and bacteria. Nevertheless, the deaths of two workers caused the place to close completely.

Archaeologists believe that the remains of the first Christian bishop – St Nicholas – were laid to rest on Gemiler island in 326. However, the island had to withstand many attacks from the Arabs so the saint’s remains were brought to the mainland in 650. Later, church buildings on the island were then abandoned to this day.

This is an island with a haunting history. It locates about 2 km off the coast of San Francisco. From 1934-1963, Alcatraz island was the site of a federal prison. The strong current around the island was the reason that not a single prisoner was able to swim out. 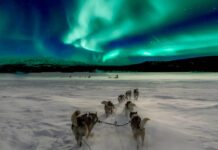 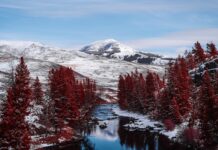 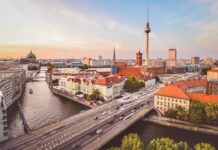 The Best Places to Visit in France for First Time Visitors

12 Beautiful But Scary Abandoned Islands in the World

9 Most Interesting Asian Towns and Villages to Visit