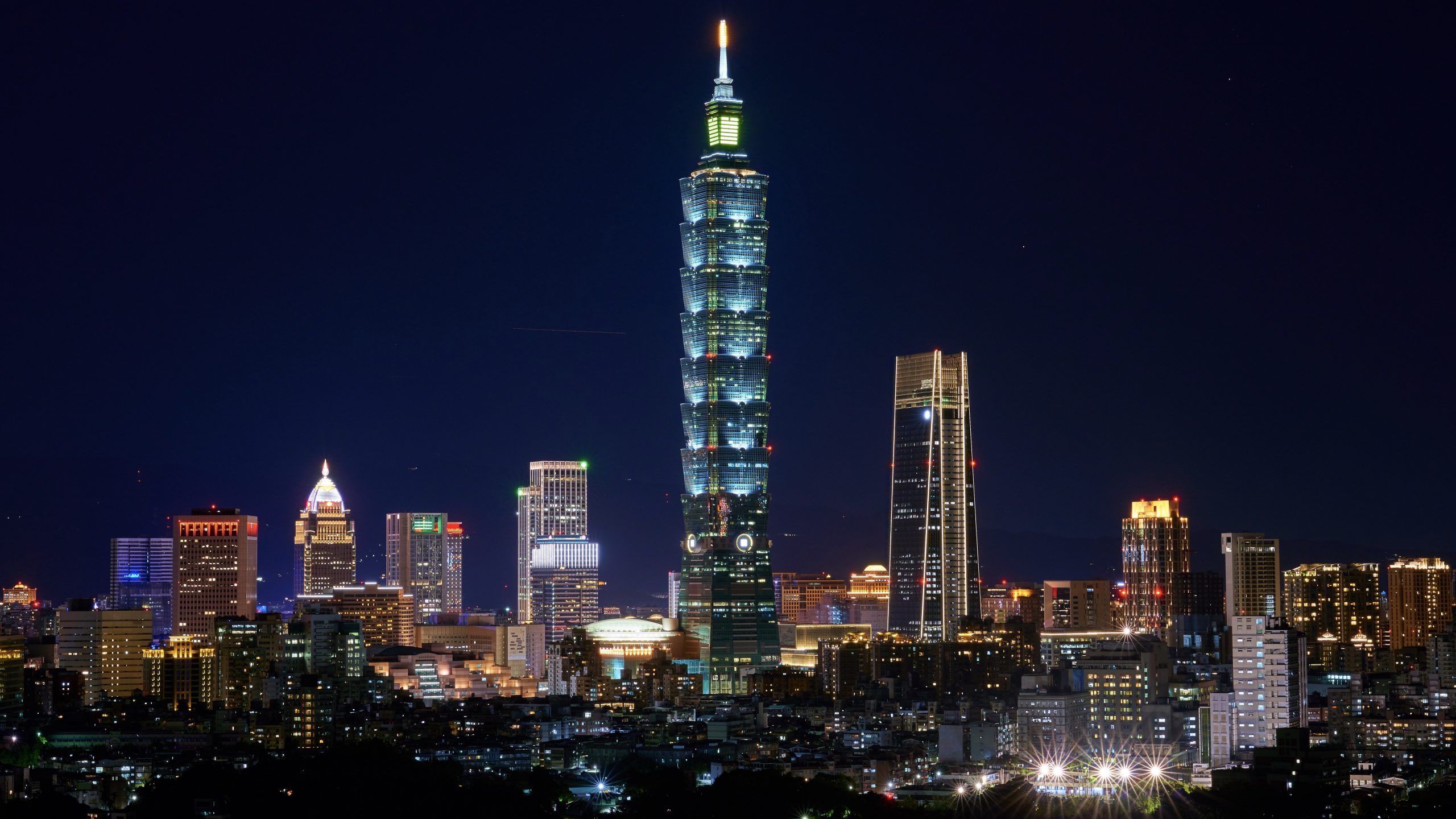 When people talk about Taiwan, what image comes up in your head initially? Yes, it’s the Taipei 101 tower. However, whether you know about the ins and outs of this amazing tower? This post will be your answer.

Table of Contents hide
But First, How to Go to Taipei 101?
1. The Amazing History of the Building
2. The Modern Architecture with Many Interesting Points in the Design
3. The Amazing System of Lifts
4. The Enjoyable Things that Have Nowhere but Taipei 101
Drinking Coffee at the Highest Starbucks in the World
Exploring the City-from-above at the Observation Decks
Joining the Super Rich Club in Taiwan on the Highest Floor of the Tower? Why not!
Just a Bonus, Don’t Forget to Enjoy Din Tai Fung at Taipei 101

The tower’s address is no 7, section 5, Xinyi road, Xinyi district, Taipei, so you can get there by MRT easily. Let’s take MRT Red Line (Xin-Yi Line) to Taipei 101 station and exit #4. Another way is taking the Blue Line 5 to Taipei City Hall station, located beneath Hankyu department store. After that, you can walk to the south to enter the Shin Kong Mitsukoshi complex (known as the Xinyi shopping district) towards the tower 101.

And here’s the 4 things about the iconic Taipei 101:

1. The Amazing History of the Building

As you may know, Taipei 101 or Taipei World Financial Center is considered as the highest skyscraper in Taiwan up until now. It is an honor of any Taiwanese when they talk about this land. Nevertheless, it is not easy to construct such a giant infrastructure.

At the beginning, the government intended to build a 66 – story building as an icon for new development in Taipei’s district. Soon, the plan had been changed after an idea from an expat about an ambitious skyscraper plan with more heights! As a result, the plan was executed and the very first column was erected in the summer of 2000. The height of 101 floors stands for the renewal of time: the new century that arrived as the tower was built (100+1) and all the new years that follow (1 January = 1-01). It symbolizes lofty ideals by going one better on 100, a traditional number of perfection.

Unfortunately, in the process of constructing the tower, an accident happened. A major earthquake took place in Taiwan on 31/03/2002 destroying a construction crane at the rooftop, which was floor number 47. The crane fell down onto the Xinyi Road beneath the tower, crushing several vehicles and causing five deaths – two crane operators and three workers who were not well – protected. Yet, an inspection showed no structural damage to the building, and construction work was able to restart within a week.

Finally, after 3 years of being constructed, the Taipei officially became the brand new skyscraper in Taiwan. The tower was officially opened for on New year’s eve 2004.

2. The Modern Architecture with Many Interesting Points in the Design

Not only does the Taipei 101 captivate tourists by its bewildering height, the tower’s architecture from outside is also an amazing point that people should learn more. As you can see from the pic, Taipei 101’s look includes green – tinted glass for the indigenous slender bamboo look, 8 upper outwards inclined tiers of pagoda each with eight floors, a Ruyi stick, and a money box symbol between the two facade sections among others. These glasses play a role in protecting the tower from absorbing about 50% of the amount of heat and UV, and suffering impacts of 7 metric tons.

Nevertheless, the most important thing in the structure is the damper which may be understood as a big metal ball hung in the middle of the building, which is used to keep the building sustain against extreme natural disasters such as earthquake, typhoons, etc. This device soon became the tourist attraction in Taipei when people pay a visit to this tower. Hence, the city decided to create a mascot called the damper baby. There are four versions of the Damper Baby: “Rich Gold”, “Cool Black”, “Smart Silver” and “Lucky Red” were designed. They are made into figurines and souvenirs sold in various Taipei 101 gift shops. Damper Baby, with its cute all-ages appearance, has became a popular local icon, with its own comic book and website. So next time if you have a chance to visit Taipei, don’ t forget to get yourself a damper baby.

3. The Amazing System of Lifts

Accompany with the awesome structure, the tower is also keeping one of the fastest systems of elevators in the world. In fact, these lifts could bring you to the 89th floor from the 5th in just 37s. Hence, it is ideal to use lifts in order to do interesting activities such as overseeing the whole city, enjoying coffee, or dinner in the middle of the sky, etc. However, you should notice that there is not the 4th floor in this system of lifts. It’s because the Chinese believe that the number 4 is not a lucky number. From there, the 44th floor is named as the 43rd while the 43rd one is named as the 42nd.

4. The Enjoyable Things that Have Nowhere but Taipei 101

Taking advantage of the height, Taipei 101 tower has been providing the number of outdoor activities for travelers who are curious about the sky:

Drinking Coffee at the Highest Starbucks in the World

Yes, there is a Starbucks on the 35th floor. It is recognized as the highest Starbucks in the world. When you visit this place, you’re privilege to look at the city from the above while enjoying your tasty coffee. This experience will definitely satisfy those who are not only a coffeeholic but a height lover. However, please keep in mind that you only have 90 mins to enjoy coffee there and the reservation should be booked at least a day in advance.

Exploring the City-from-above at the Observation Decks

The indoor one provides visitors chances to observe the city from the height of 1258ft comfortably with large windows with UV protection, recorded voice tours in eight languages, and informative displays and special exhibits. Meanwhile, the outdoor deck is only available in the nice weather. The price for visiting the indoor deck is about $19.5 and the working time is from 9am to 10pm every day.

Joining the Super Rich Club in Taiwan on the Highest Floor of the Tower? Why not!

It may sound unbelievable but there is a club called Summit 101 at the Taipei 101. From the best of my knowledge, the 101st floor is a home of the private VIP club in Taiwan, where only foreign dignitaries, Hollywood film actors, and high spenders in the Taipei 101 Mall, whose bills are over NT $1million had been invited to the VIP club. To get there, you need to pass the 89th and 93rd floor, after that, there is the only service elevator that facilitates access to the top.

If you come to Taipei, you should take a visit to one of their most well-known restaurant, also 1 of 10 top restaurants in the world voted by New York Times, Din Tai Fung. To quickly recap, they have the ‘master-of-the-art dimsum’ which helps the restaurant earns Michelin Star many times, which is 5 as I can know.

Din Tai Fung currently has 7 restaurants at Taipei, with the original one at no. 194, Xinyi Road. Nonetheless, I suggest you to go to the restaurant at Taipei 101, which you can find easily when you just leave the MRT station to the tower. Because the Din Tai Fung restaurants are busy all the time, at Taipei 101, you can get your number, then take a walk around the floors, and comfortably come back when your turn comes. It can be the most convenient this way, in my opinion.

So, these are 4 things and the bonus that might help you getting to know more about this amazing tower before heading to it. And if you’re invited to be a part of VIP club in Taipei 101, don’t forget to let me know.

IF YOU LOVE THE INTERESTING INFO OF TAIPEI 101, ‘PIN IT’ NOW!

I hope you love this post and learn more about Taipei 101. If you would like to know more about places of Taiwan, here are some other posts I believe you will love reading too: 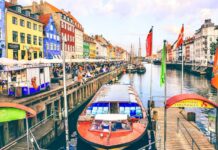 10 Most Colorful Cities in the World 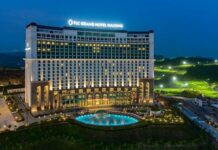 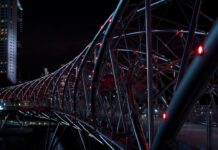 The 5 Days 4 Nights Itinerary to Travel Taipei and Taichung