More than 2,000 years ago, the Igorot people in the mountains of Sagada, northern Philippines had the special custom of burying the deceased. They placed the body of the dead in wooden coffins and nailed or hung them on high cliffs. According to their concept, the soul of the dead comes closer to the ancestors if they are buried is in a craggy place. Let’s follow The Broad Life through this article to know more about the custom of hanging coffins of Sagada!

An Ancient Custom about Hanging Coffins of Sagada

Sagada is a remote village located about 8.5 hours away from the capital Manila. Also, this is the only place in the Philippines that still keeps the ancient burial custom.

Usually, the elderly make their own coffins. They then carve or draw their names on the side. The coffin body will be placed on a wooden chair, then wrapped with leaves, and then covered with a towel. Prayers for the dead take place over several days. Thus, the corpses are smoked to slow down the decomposition process.

When the prayer service ends, the dead body will be placed in the coffin in the position of feet touching the chin like a fetus in the belly. Afterward, when the procession reaches the burial ground, healthy young men will climb the cliff and place the dead body inside the wooden coffin. Finally, the coffin was tied with a rope and used a metal hook to hang on the cliff.

Today, only the elderly in Sagada still maintain this ancient burial practice. Young people here have adapted to modern life and are more open-minded. Therefore, they no longer apply the burial method like the previous generations. As a result, the custom of hanging coffins of Sagada is likely to disappear soon.

Graveyard into a Tourist Destination

In recent centuries, the Igorot people also have the custom of breaking the bones of the deceased, placing them in small coffins, about a meter long. They believe that this will bring the souls of the deceased back to the place where they started when they were still unborn babies in the womb.

Furthermore, some Igorot residents told that before the coffin was moved to the final burial site, mourners let the liquid from the decomposing body drip down. Outsiders may find this ritual unhygienic and somewhat creepy. Instead, the Igorot people believe that drops of water from a corpse will bring good luck.

During the burial, people will decorate the coffins with many objects on the outside. The tribal people believe that the deceased will use these objects when going to the afterlife.

In fact, the Igorots are not the only tribe to have the custom of nailing coffins to this cliff. Some tribes in China and Indonesia also have this form of burial. This burial practice, dating back more than 2,000 years, is no longer popular. However, it still appears in a few Igorot families in Sagada. The Igorot cliff burial took place as recently as 2010.

This creepy form of burial is gradually well-known and attracts tourists from all over the world to Sagada to learn. It significantly contributes to promoting the local economy through tourism and sightseeing activities. According to the Philippines News Agency, before the Covid-19 epidemic, on average, Sagada welcomed about 160 tourists every day to visit and learn about this strange custom. 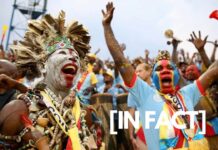 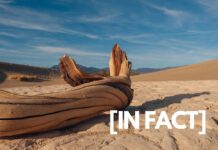 How to Make a Funnel Cake

Ta Nang – Phan Dung, One of The Most Beautiful Routes for Trekking in...